We use cookies to ensure you get the best experience on our website.
Home / Tutorials / Vue / Introduction

In this introductory lesson we learn what Vue is, the benefits of using Vue, its learning difficulty and the prerequisites for this course.

Lessons in this course

If you're new to Vue, or Javascript frameworks in general, start from the beginning.

If you prefer to learn visually, you can watch this lesson in video format.

Its architecture is designed to be incrementally adaptable, integrate easily into existing projects and gradually introduce additional markup to your HTML.

With high decoupling, additional features are only added if we need them through a plugin system. 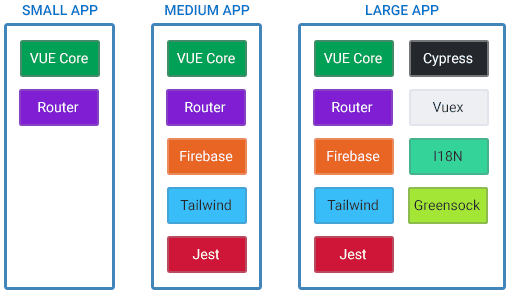 Vue was created by Evan You , who took the best features of Angular and React to build the lightweight framework we have today.

The first version released in February 2014 and is now maintained by him and an active core team with members coming from various componanies such as Netlify and Netguru.

Vue is used by more than 3,000 companies, ranging from small to international giants like Xiaomi, Alibaba, and Gitlab.

Is Vue hard to learn

One of the reasons Vue is so popular is because it’s easy to learn. Out of the major frameworks, Vue is one of the easiest to pick up and has the best documentation .

That said, you will need to know at least the basics of the underlying technologies (HTML, CSS and Javascript).

Before we proceed, please note that we make the following assumptions:

This tutorial course is primarily aimed at beginners with no knowledge of Vue or Javascript frameworks. But, more experienced students coming from other frameworks like Angular, React or Svelte may also find it helpful.